Knackles first appeared when Sanic and Taels crash-landed on Te Flin Iland. He stole Sanic's Chaos Doritos and ran off. Sanic and Taels tried to chase him down, but he disappeared by throwing Doritos at Sanic. Eventually, Sanic and Taels figure out that Knackles was trying to sacrifice the Chaos Doritos to Robuttnik and Aggmen in exchange for them not summoning the ogre god MLG Shrek. Knackles knew that Shrek would shrek the Flin Iland to death if that happened. After a series of MLG events, Robuttnik and Aggmen summon the ogre god. Sanic and Knackles fight Shrek with the newly discovered Hyper form but are shrekd anyway. Shrek, however, decides to spare Te Flin Iland anyway. Also, there's some stuff with Metal Sanic as well. The adventure was later made into a game, Sanic Hegehog Tree.

Knackles the Enchilada has since participated in scores of advanchers with Sanic and has become one of his staunchest allies. Knackles is also very, very strong. He has shown to be able to pick up things 420x his size with ease. As the fabled protector of the Chaos Doritos, Knackles also has access to incredible mystical powers, such as being able to increase his powers depending on how much Doritos he eats. He has even been shown to have minor teleportation abilities.

While Knackles does not possess many standard Sanic transformations, he is able to change his form. If Knackles eats a bag of Doritos while drinking Mountain Dew, he can change into Buff Knackles. In this state, Knackles's strength rises drastically, to the point where he's actually stronger than Super Sanic, but also drastically lowers his speed. Buff Knackles is perfect for physical combat. Knackles also possess a Sanicball form, but he very strangely gets pink lips in this state, even though all other Sanicball transformations look exactly like ball versions of the Sanic characters. Call of Duty scrubs have raged that it may be Knackles's brother, Knuckackles, who has pink lips. ILUMINATI CONFIRMED??????????!!!!!!!!!!!!!!!!!!!?

A Special Article written by KnacklesEdit 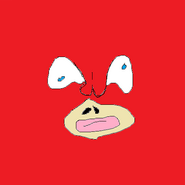 Knackles as he appears in Sanic Ball.

Another Illustration of Knackles
Tap Chef Knackles.PNG
Add a photo to this gallery
Retrieved from "https://sanicsource.fandom.com/wiki/Knackles_Enchilada?oldid=8756"
Community content is available under CC-BY-SA unless otherwise noted.