Start a Wiki
Also known as Kabosu, he is an MLG shiba inu. As such, he has many incredible powers. Shiba Inus are mystical beings who are destined to hold together the MLG world. His full name is MLG Doge the 420th. He is the decendant of the almighty god of quickscoping DogeMemeEdgeLord69420. 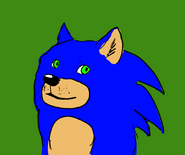 The Doges Who Went To Dinner

Doge Goes With The Flow 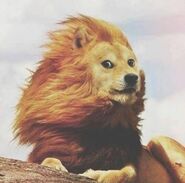 The Royal Doge King
DOGEEEESnooping as usual I see?.gif
Add a photo to this gallery

Doge has many great powers, such as the power to warp reality with his Shindu Weed. Doge's Shindu Weed can change the reality you are walking on to whatever reality that Doge wishes it to become. Doge can also change his size and fire lasers from his eyes.

Shindu Blast: A powerful weed blast that strikes the enemy and does great damage. Has a 20% chance of making the enemy super-high.

Kaiko-Double-Doge Attack: Doge splits into two Doges. This copy Doge lasts for 5 minutes and has all the attacks of the original Doge.

Flame-Breath: Doge breathes mystical fire out of the Shindu Weed that can burn the enemy to death. Or should I say Dogeth, the term for when you die from a Doge.

Fuse Ability: One of Doge's strongest abilities, if Doge allows an ally of pure heart to smoke his weed, the two will fuse together into a powerful being. This form lasts for 10 minutes but has all the attacks, forms and abilities of the fused combatants and new moves as well, making it very powerful. Most notable example: Doge Sanic.

Shapeshifting: Doge can shape-shift into the form of whatever it wants. However, he doesn't gain it's abilities, like the Weegee Death Stare.

Paw of the Doge: A vicious strike from a paw that clobbers Doge's enemy. Can strike multiple opponents.

Guysenzu Boom Blast: A powerful laser that comes from Doge's mouth. This laser can blow it's enemies to pieces.

Kikwama Shearhin: Doge summons a mystical sword made out of weed smoke. This sword can shape shift, extend itself, and brutally yet elegantly cut its opponents into millions of pieces.

Doge Dance: Doge dances so incredibly, it can cause his opponents to explode.

All his life, Doge has wanted to master the incredible attack The Shenshitzu, but still has not been able to unlock the ability. However, it has been spoken of in the prophecy that if Doge somehow met another Doge and fused with him, then the resulting fusion (Dogeoge) would be powerful enough to obtain the move.

Retrieved from "https://sanicsource.fandom.com/wiki/Doge?oldid=8421"
Community content is available under CC-BY-SA unless otherwise noted.